Most racing shells for rowing have built in shoes to keep ones feet in place to control sliding the rolling seat back and forth during the stroke. The fact that they are built in is problematic for several reasons: one must do something with the other shoes one brings, the built in shoes are a large size to accommodate most people, and one usually risks stepping in the duck poop on the dock with ones socks getting in and out of the boat. Since I already have clip-in shoes for my bike, I wanted to use the same system for my rowing shell. I designed and built a mechanism that connects to the built-in foot stretcher mount, but instead mounts bike pedals that the shoes can clip into.

How we did it

I cut ends of pedal arms and TIG welded them onto an assembly that fits the foot stretcher. This allows the use of SPD pedals or any other variety of clip-in pedal. Mounting the whole pedal by its built-in stem and bearings eliminates any unexpected forces against the clip-in mechanism. I have had this in my rowing shell since at least 2017 and it works well. 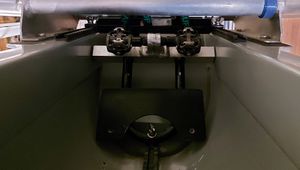 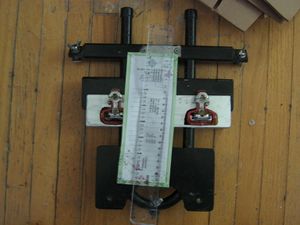 Retrieved from "https://wiki.squirrelslair.ca/index.php?title=Clip-in_foot_stretchers&oldid=3029"
Categories:
This page was last edited on 2021 November 29, at 17:08.
-
About Squirrel's Lair
Disclaimers